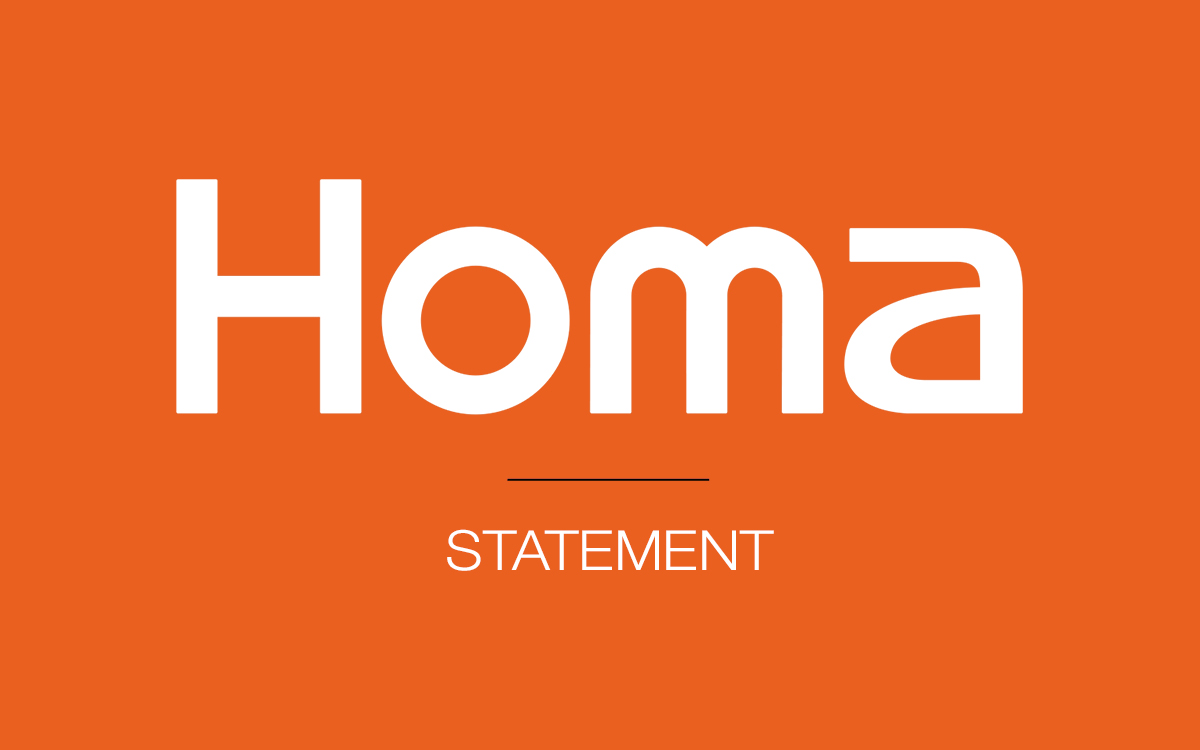 EMBRACE THE NEXT, WITH UNCHANGED SPIRITS

A letter from the CEO to our Global Business Partners.
Date: 19 MAY, 2021
Dear Partners,

On 27 April, 2021, during the spring Canton Fair season, we shared a fresh look on the future in an
online event titled “Embrace the Next”.
As a vital and adaptable company, we are used to coping with change and the new normal, standing
by our partners with “Care and Share” spirits.
With this philosophy in mind, we hereby would like to draw your attention to recent news about our
parent company Homa Holding (Homa Group Co., Ltd.).

HOMA HOLDING ANNOUNCED NEW CONTROLLING SHAREHOLDER & NEW BOARD OF
DIRECTORS
On May 11, 2021, Homa Holding officially announced its controlling shareholder has changed from
Mr. Guodong Zhao to Huizhou TCL Household Appliance Group Co., Ltd. (HTHAG).
Today the two biggest shareholders of Homa Holding are HTHAG (24%) and Mr. Guodong Zhao
(11.03%).
After the above change of controlling shareholder, a new Board of Directors (9 members) have been
nominated and approved in Homa Holding. The new Board of Directors has announced that the
internet finance asset will be stripped, which was the root cause of cash flow crisis with Homa Holding
in 2018.
In fact, this move will bring on a renewed financial stability and structural growth to Homa Holding.

EMBRACE THE NEXT WITH UNCHANGED SPIRITS
We always like to repeat that our goal is to be "your supplier of choice".
Our vision is to become the best producer in the cooling industry. Our mission is to produce cooling
appliances in the most competitive way.
Homa Appliances is and will remain an OEM/ODM producer. Always a solid ally, never a competitor,
for its clients’ brands worldwide.
We confidently embrace the next normal, with you, for a bright future.
So, let's keep in touch and continue to grow, together.
Best wishes,
Michael Yao
CEO & President,
Homa Appliances Co., Ltd.